Back to Main Blog

The mechanical evaporator process has been widely used for decades and in many industries to harness the energy efficiency of mechanical vapor compression devices to drive evaporation.

Evaporation is a thermal process used for concentrating a liquid, where heat is delivered to the liquid to excite molecules of “volatile” components in the liquid to “boil,” causing those molecules to transition from liquid to vapor phase, which allows them to separate away from the liquid. For example, boiling beef stock in a pan over a burner on a stove, or in a hot oven, evaporates water from the boiling liquid and reduces or concentrates the beef stock solids. 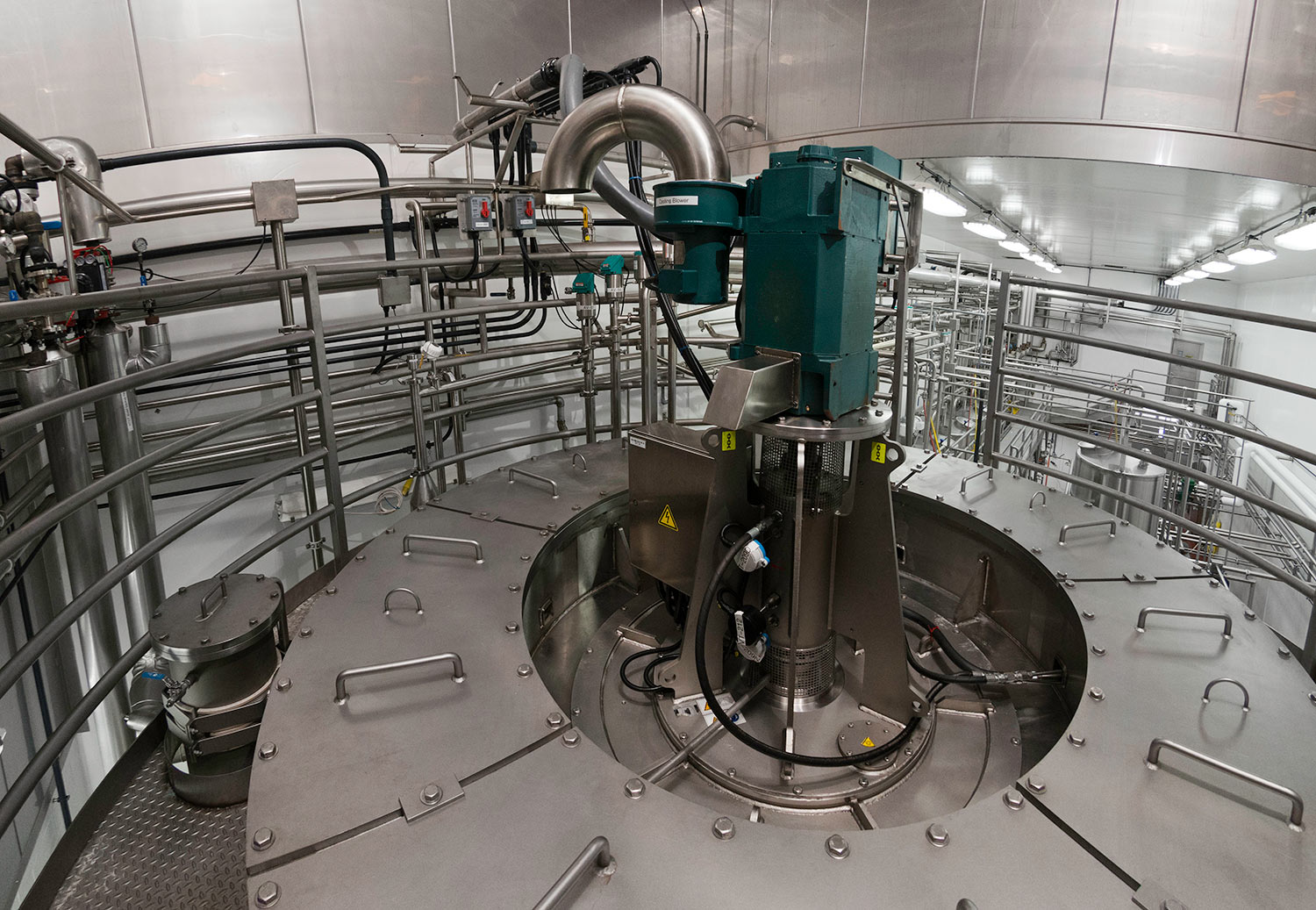 The turbofan mounted on the top of the vapor separator of a CALORIS CONCENTRIX® MVR Evaporator at a cheese plant in Idaho.

Steam has long been used in industrial plants as an effective means of delivering heat throughout a facility, releasing ~1000 BTUs of thermal energy across a heat transfer surface for each pound of steam (water vapor) that condenses on one side of the surface. The condensed steam (hot water) can then be collected and pumped back to the steam boiler. When used for an evaporation process, the liquid on the other side of the heat transfer surface absorbs the heat released from the condensing steam, promoting volatile components in the liquid such as water to evaporate from that liquid.

While many types of energy can be used for mechanically turning the drive shaft of the compression device, the most common is an electrical motor, allowing use of the mechanical evaporation process to operate an evaporation system anywhere electrical power can be delivered. Even at a remote plant site with no available utility supplies, where the electrical power needs to be locally generated.

Deciding to use a mechanical evaporator process design usually depends on the cost of electrical power at the operating site as compared to the cost and availability of steam generation. Where steam is readily available at a reasonable cost, a steam-heated evaporator process can be installed at a competitive initial capital cost. However, where electrical power costs are reasonably competitive, where additional investment is required to achieve sufficient steam generation capacity, or where environmental permitting requirements complicate installation and operation of steam generation systems, the mechanical evaporator process offers significant operational flexibility and capabilities for almost any evaporation application and operating capacity.

How Can Caloris Help You?