Back to Main Press Releases

In addition to recent technological advances in the area of wastewater processing and a new patent for the CALORIS AGILIXTM Mobile Evaporator, the award recognizes Caloris’ growth from its original group of four co-founders in 2006 to its current slate of 32 employees at its headquarters in Easton, Md., in addition to other facilities in Cambridge, Md., and Modesto, Calif. 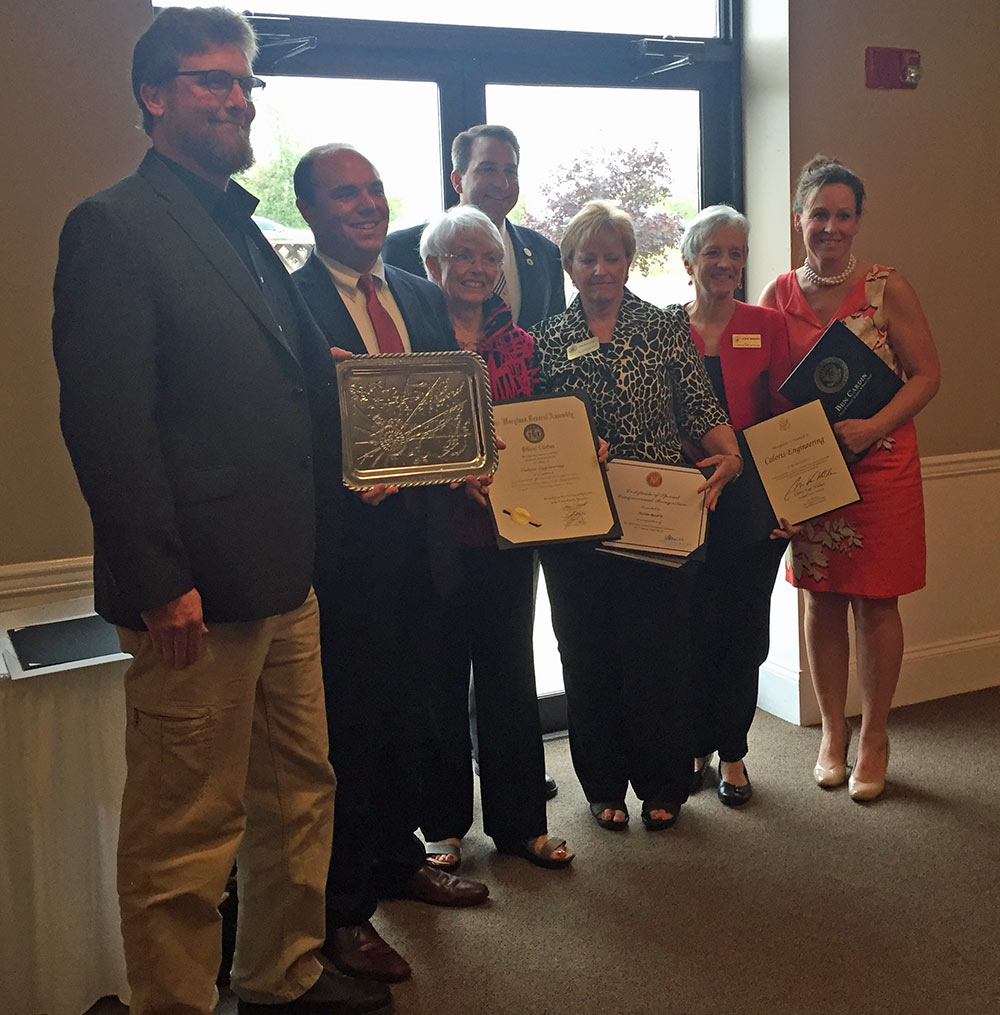 “We are honored to receive this recognition from the Talbot County Office of Economic Development and look forward to continued growth here in Easton and at our other locations in Cambridge and Modesto,” said Caloris President Jim Peterson.

Last year, Water and Wastes Digest named the installation of a CALORIS CONCENTRIX® MVR Evaporator at the Honda Precision Parts of Georgia manufacturing facility in Tallapoosa, Ga., a Top Project for 2016. The Concentrix unit was tasked with reducing the facility’s daily wastewater volume by 90% so the water recovered could be reused for plant needs such as cooling tower makeup water, etc.

Later in the year, Caloris received a patent for its Agilix mobile evaporator, a complete wastewater evaporation system mounted onto a single flatbed trailer so it can reach almost any location. Applications include evaporating fracking fluids from oil and gas wells, draining wastewater ponds, and a wide spectrum of other remedial needs.

Caloris In the News